I have studied these progressively more restrictive laws in the past.  Until now I didn’t understand that one of the Nazis’ goals was voluntary emigration…. while it might still have been possible.

The following is excerpted wholly from the Holocaust Educational Trust’s excellent ’70 Voice for 70 Days’ website and mobile app. http://www.70voices.org.uk/content/day8

Throughout the 1930s, German Jews were subjected to ever increasing legal persecution. The most important legislation came in the Nuremberg Laws of September 1935 which stripped Jews of the rights of German citizens and prevented marriage to non-Jews. However, as the following examples of laws show, persecution could affect any area of life.

10 July 1935
The establishment of Jewish youth hostels is allowed only if they are not adjacent to other institutions or residences and the police have the possibility of easy access for the purpose of supervision. Jewish campsites are forbidden except when they are established on land belonging to Jews and are not located in the vicinity of non-Jewish residences. Hiking by Jewish youth groups of more than 20 is forbidden.

3 April 1936
Appointment as a vet shall be refused if the candidate cannot be an official because of his or his spouse’s ancestry.

22 March 1938
Only honourable racial comrades who, as well as their wives, are citizens of the German Reich of German or kindred blood, can become allotment gardeners.

27 July 1938
If they have not already been so, all streets or lanes named after Jews or half-Jews are to be renamed. Old street signs are to be removed at the same time with the placement of new signs.

The anti-Jewish laws were intended to make life in Germany so uncomfortable that Jews would emigrate. However, by 1938 a growing number of Nazis believed that more radical action was needed to force Jews out of Germany. 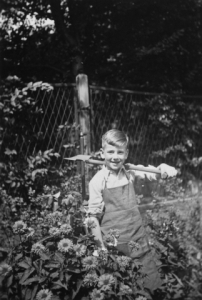